We are impressed with Top-10 photos of Algeria. Such strong and clean shots. WLE photographers demonstrated great variety of landscapes and nature. Well done, Algeria!

Corpse of a donkey in the Ahaggar Cultural Park| by Hamza-sia – CC-BY-SA-3.0

Algeria’s Ahaggar National Park covers an area of approximately 450,000 square kilometers in the Saharan Algeria Region in the extreme south of the country. 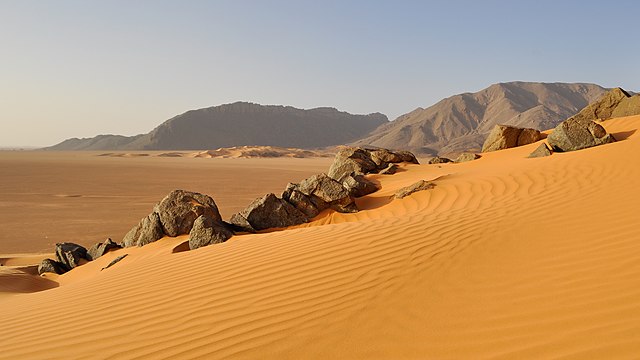 Sand Dune at the Cultural Park of Ahaggar, southern Algeria| by Hamza-sia – CC-BY-SA-3.0

The closest populated area near the park, which lies in a desert mountainous zone, is the oasis city of Tamanrasset. The Ahaggar Mountains, also known as the Hoggar, dominate the park, with the highest peak being Mount Tahat, measuring 3,003 meters above sea level.

Papaver is a genus of 70–100 species of frost-tolerant annuals, biennials, and perennials native to temperate and cold regions of Eurasia, Africa and North America. It is the type genus of the poppy family, Papaveraceae.

The flowers have two sepals that fall off as the bud opens, and four (or up to six) petals in red, pink, orange, yellow, or lilac. There are many stamens in several whorls around a compound pistil, which results from the fusion of carpels. The stigmas are visible on top of the capsule, and the number of stigmas corresponds to the number of fused carpels.

Djebel Chélia  is a mountain in Algeria. It is the highest point in the Aurès Mountains which straddle the border between Algeria and Tunisia, and it is the second highest peak in Algeria after Mount Tahat. Djebel Chélia is situated in the west of Khenchela, in Bouhmama county. 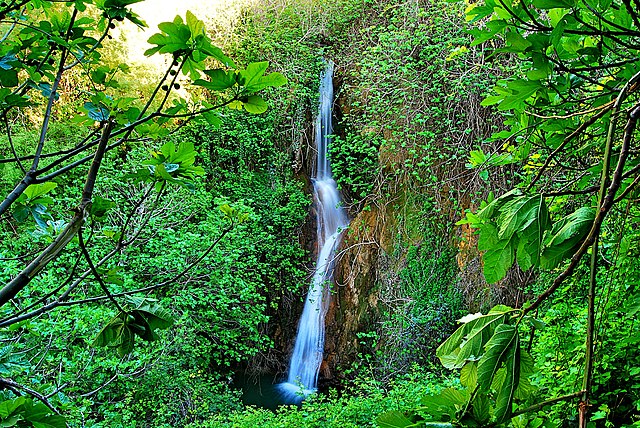 A small waterfall of Tamda| by Samir milev – CC-BY-SA-3.0

A small waterfall of Tamda in the town of Ahmed Rachedi in the wilaya of Mila. It is inaccessible for many thorny plants.

Tamdha mountainous area of the municipality Ahmed Rachedi Mila Province is a large waterfall Tamdh. It is considered the largest waterfall in Algeria and flows throughout the year and draws power from water sources in the region. 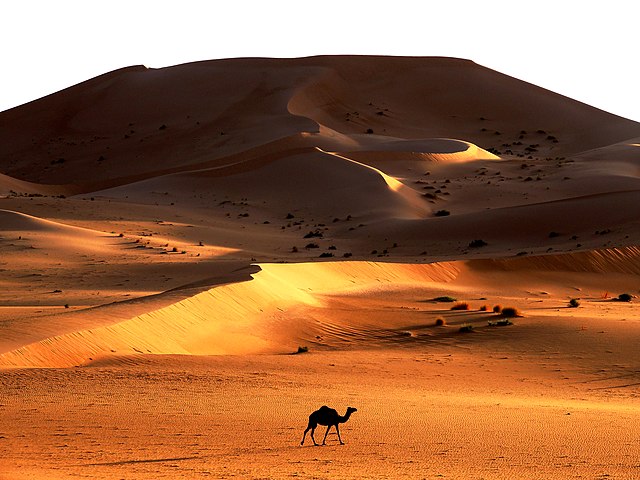 Desert in the Grand Erg Oriental| by Eagleyes* – CC-BY-SA-3.0

The Grand Erg Oriental is a large erg or “field of sand dunes” in the Sahara Desert. Situated for the most part in Saharan lowlands of northeast Algeria, the Grand Erg Oriental covers an area some 600 km wide by 200 km north to south. The erg’s northeastern edge spills over into neighbouring Tunisia. 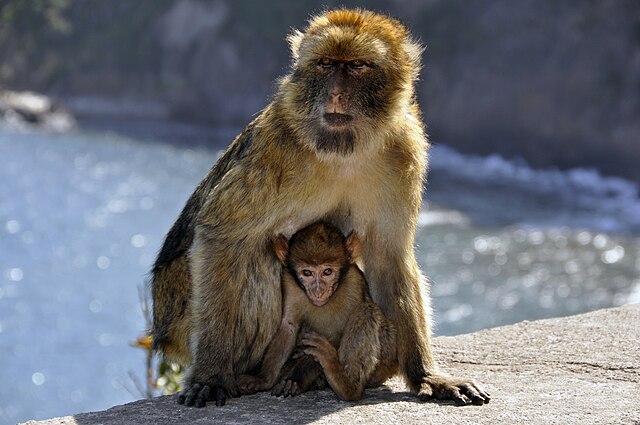 Female of the Barbary macaque with her child on Cape Carbon Bejaia| by Hamza-sia – CC-BY-SA-3.0

The Barbary macaque, Barbary ape, or magot is a species of macaque unique for its distribution outside Asia and for its vestigial tail. Found in the Atlas Mountains of Algeria and Morocco along with a small population that were introduced from Morocco to Gibraltar, the Barbary macaque is one of the best-known Old World monkey species.

The Barbary macaque is of particular interest because males play an atypical role in rearing young. Because of uncertain paternity, males are integral to raising all infants. Generally, Barbary macaques of all ages and sexes contribute in alloparental care of young.

Macaque diets consist primarily of plants and insects and they are found in a variety of habitats. Males live to a maximum of 25 years while females may live up to 30 years.[5]Besides humans, they are the only free-living primates in Europe. Although the species is commonly referred to as the “Barbary ape”, the Barbary macaque is actually a true monkey. Its name refers to the Barbary Coast of North West Africa. 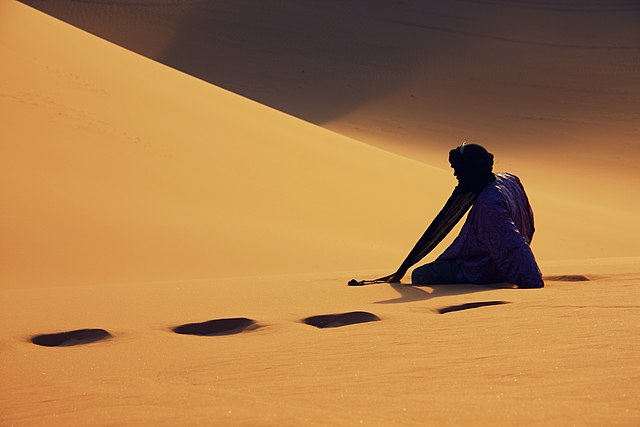 Tuareg on the dune of Timerzouga, place named Tadrart in the town of Djanet, wilaya of Ilizi 20 km from the Algerian-Libyan border (Cultural Park of Tassili).

Tikjda is a ski resort located in a mountain range named Djurdjura, northern Algeria, with an altitude of 1,600 metres (5,250 feet), in the province of Bouïra.

In the summers, Tikjda offers walks, rock climbing and many short excursions, with places like Point de vue du Djurdjura and Gouffre de l’Akouker. The area around Tikjda has many peaks and hillsides covered with cedar forests.

The Mediterranean Sea can be spotted on clear days.